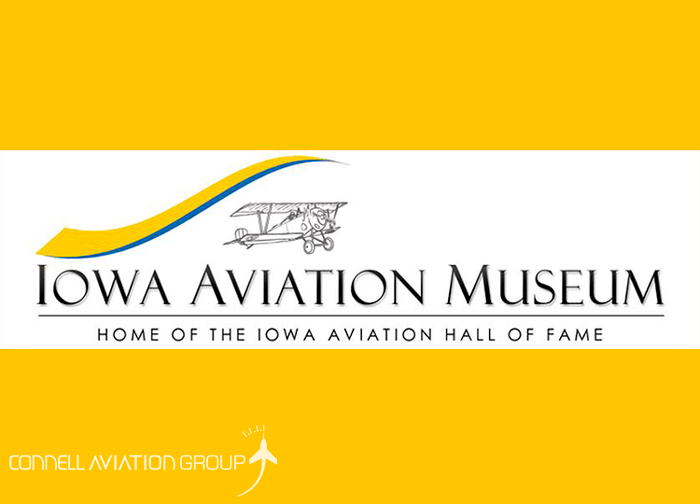 Themed “The Best Iowa Has to Offer,” the induction ceremony was held at the Warren Cultural Center in Greenfield, Iowa. The evening consisted of speakers setting the mood of America in early 1942, recounting the raid itself, and telling stories of these brave Iowa men. In attendance were family members, friends, local and state dignitaries and descendants of other crew members of the 16 bombers who made the ultimate sacrifice for America.

The evening opened and closed with the color guard presenting the flags. Governor Branstad and Lt. Governor Reynolds could not attend the event but sent a video stating that “These three American Heroes and Iowans rose to the occasion when their country needed them the most and volunteered for a secret mission offering little chance of survival. They were truly “The best Iowa had to offer.”

Branstad also said he could not think of any better place to honor these brave men by forever having their faces and stories adorning on the walls at The Iowa Aviation Hall of Fame.

Throughout the evening, the some 60+ participants – who braved difficult weather and came from both coasts – were treated to the real events and true heroic actions of these three men and their entire band of Raiders. The descendants and families of the three honorees were there in force, often moved to tears by the display. It was a true history lesson and not long soon forgotten by all of the people in attendance.

The evening concluded with a toast from Colonel Robert King, ret., Executive Director of the Iowa Department of Veteran Affairs. “This was an evening filled with great honor as we recount the events of 18 April 1942 and tell the stories of these true American heroes,” said Greg Schildberg, Board Member of the Iowa Aviation Museum. “This raid had a significant impact on Iowa lives and Iowa aviation. We are pleased to bring people together in remembrance.”

About the Doolittle Raid of World War II
This raid was in retaliation for the devastating Japanese attack on Pearl Harbor just four months earlier. After this and word of the Bataan Death March, the American people sorely needed a moral boost, and the daring bombing of Tokyo provided that boost. The raid was put together at the request of President Franklin D. Roosevelt. The devotion to the country and honor of the 79 men under Colonel Doolittle, injected our people with determination and spirit. Three died on the raid, others as prisoners of war. Their efforts ignited the American people and have inspired numerous books and motion pictures.

About the Iowa Aviation Museum
The Iowa Aviation Museum, located in Greenfield, Iowa, became operational in 1988 by order of proclamation from Governor Branstad. The original mission of the museum was “To preserve, restore and display antique aircraft of the ‘Golden Era of Aviation,’ and related memorabilia, all for the education and pleasure of the public. Also, to honor Iowa aviators of the past, present and future.” Now, the museum is working toward storing and telling the history of Iowa’s rich aviation heritage. Please visit www.FlyingMuseum.com for more information.